Warning: Use of undefined constant WPE_CLUSTER_ID - assumed 'WPE_CLUSTER_ID' (this will throw an Error in a future version of PHP) in /home/customer/www/theindependentnomad.com/public_html/wp-content/mu-plugins/wpengine-common/plugin.php on line 14

Warning: Use of undefined constant PWP_NAME - assumed 'PWP_NAME' (this will throw an Error in a future version of PHP) in /home/customer/www/theindependentnomad.com/public_html/wp-content/mu-plugins/wpengine-common/wpe-sec.php on line 63
 Typical food you have to try in Oaxaca - The Independent Nomad | Digital Nomad, Travel and Business blog Skip to content

Oaxaca is well known for its food, and it’s no surprise why. Thanks to a variety of regional micro-climates and cultural heritages, the gastronomical options are diverse and the flavors here are both fresh and locally produced.

Situated in Southwest Mexico, Oaxaca draws culinary inspiration from an impressive sixteen different indigenous cultures, most predominantly the Zapotecs and the Mixtecs. This makes for a large number of regional variations in the cuisine you will find. Just take a stroll around Oaxaca and it will become clear why it’s such a foodie haven.

So, what should you taste next time you’re sampling this part of the world? Here are a few suggestions of incredible foods that you have to try next time you’re in Oaxaca (read my post about Oaxaca here).

The first dish is one I tried on several occasions, but actually, don’t like. However, you cannot get around this dish. Oaxaca is famous for its seven moles. So famous, in fact, that it is known as “the land of the seven moles”. A mole is an aromatic thick sauce, served with a wide variety of Mexican food. Oaxacan moles can have over 30 different ingredients, including spices, dried chili, chocolate, and nuts. Manchamanteles, chichilo, amarillo, rojo, verde, coloradito and negro make up the seven moles that Oaxaca is famous for. You will see the spices and chili peppers, such as amarillos, chilcostles, and costeños to make these staple sauces at every food market. 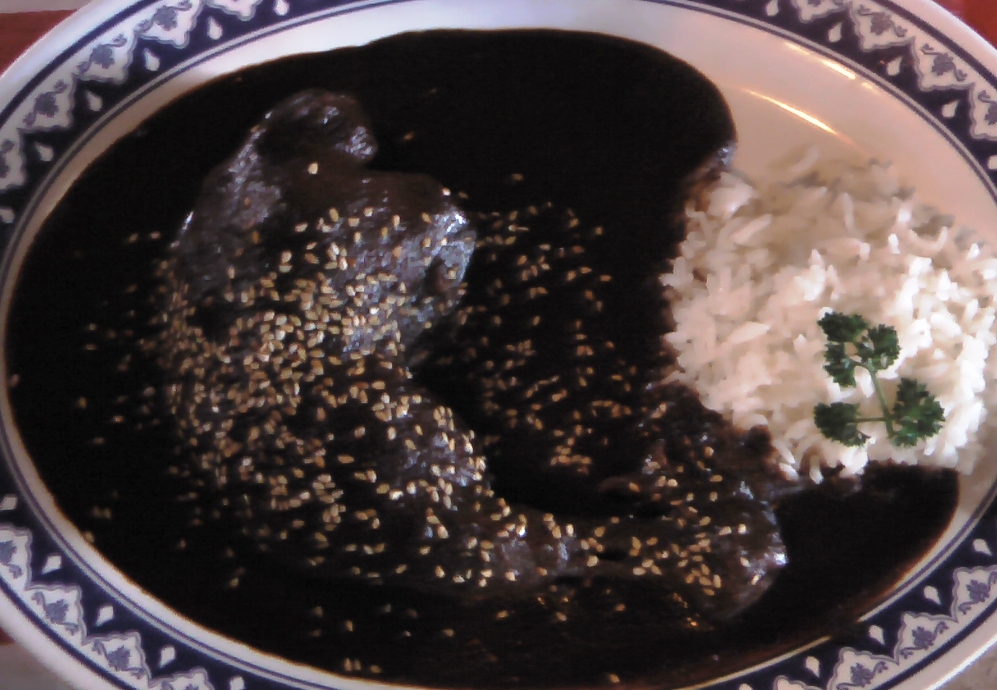 Think hot chocolate – but give it a kick of cinnamon, sugar and anise then thicken it up with corn masa. Now you have yourself a champurrado. This satisfying drink dates back to Aztec times and is a popular choice in the mornings or with a late afternoon snack. Take a stroll around the morning markets and spot the locals taking their freshly made pan de yema (egg-yolk bread) with a steaming mug of thick, hot champurrado that’s been whipped into a delicious foamy frenzy with a molinillo. The chocolate used to make the champuerado is, of course, made locally too, that’s all part of the attraction.

Eye-catching, red, crunchy and… let’s not beat around the bush here, these popular local delicacies are grasshoppers. You’ll spot them on almost every Oaxacan street corner overflowing from vendors’ baskets. Chapulines are fried and seasoned with salt, pepper, lime and garlic. They are a popular snack and a unique part of Oaxacan cuisine that you’re just going to have to taste for yourself. 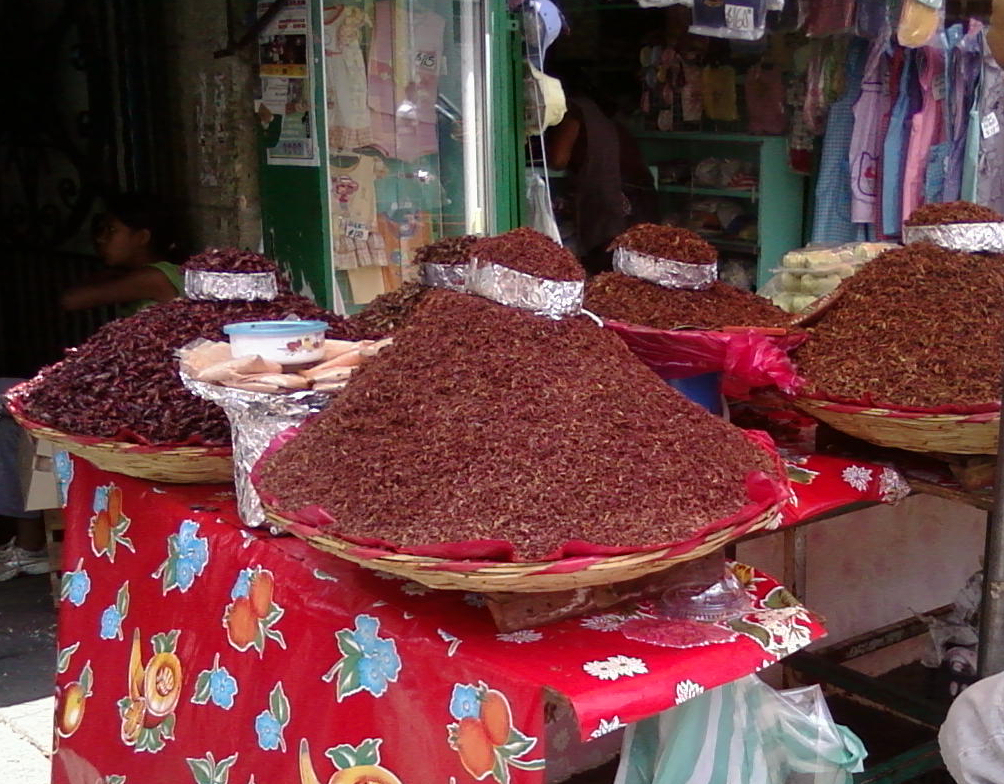 This tasty local cheese is reminiscent of a ball of yarn, the locals hand make and stretch the cheese into ropes then ball them up to be sold across the markets and the side of the road. Most closely resembling mozzarella, queso Oaxaca is a staple ingredient used in everything from tortas (Mexican sandwiches) through to quesedillas. 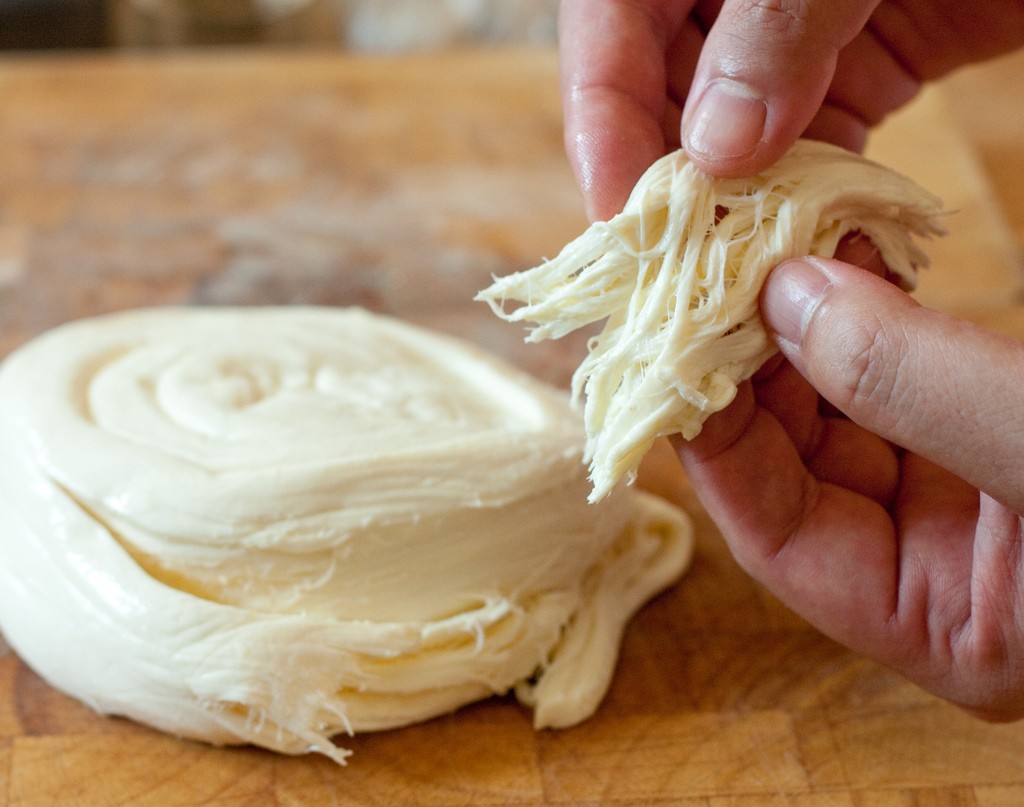 Tamale-making is a ritual that has been part of life in Mexico since pre-Hispanic times. Tamales can be found everywhere you go in Mexico. Tamales Oaxaqueños, however, differ from the traditional ones you might imagine. They are square shaped and wrapped in banana leaves rather than corn husks, as well as filled with delicious mole negro. A must try for your next trip to Oaxaca.

Whether you’re visiting this part of Mexico purely for the food, or if the regional delicacies are just an added bonus to your trip, make sure you get out there and taste what Oaxaca has to offer, you won’t be disappointed!

Warning: Use of undefined constant PWP_NAME - assumed 'PWP_NAME' (this will throw an Error in a future version of PHP) in /home/customer/www/theindependentnomad.com/public_html/wp-content/mu-plugins/mu-plugin.php on line 114